All Categories:
HomeBlogBlog5 Awesome Tips to help you survive until the next Star Wars Movie “The Last Jedi” (TIP 2)
Blog

Star Wars books enhance the experience of being a Star Wars fan, whether it’s learning ancient history, getting background on a favorite character, or following the heroes of the original trilogy.

You’ll get introduced to new characters, new environments, new galaxies, new philosophies, and new ideas. Similarly, reading about all things Star Wars will help build your vocabulary and make your next conversation with a fellow Star Wars fan both engaging and interesting, plus your “cool” factor is sure to rocket sky high. Here are a few best sellers that you can find on Amazon. (Disclaimer: I’m not an affiliate to Amazon but there are really great books to read)

“Kenobi”, written by John Jackson Miller, brings you to a moment in time where the Republic has fallen and Sith Lords rule the galaxy. Jedi Master Obi-Wan Kenobi has lost everything… Everything but hope. Watch the plot unfolds as Kenobi gets drawn into a fight between farmers and a tribe of Sand People on Tatooine which can very well endanger the mission that first brought him there.

“Lost Tribe of the Sith: The Collected Stories by John Jackson Miller”, takes place after a Jedi ambush, the Sith mining ship Omen lies wrecked on a remote, unknown planet. Its commander, Yaru Korsin, battles the bloodshed of a mutinous faction led by his own brother. Marooned and facing death, the Sith crew have no choice but to venture into their desolate surroundings. They face any number of brutal challenges—vicious predators, lethal plagues, tribal people who worship vengeful gods—and like true Sith warriors, counter them with the dark side of the Force. The struggles are just beginning for the proud, uncompromising Sith, driven as they are to rule at all costs. They will vanquish the primitive natives, and they will find their way back to their true destiny as rulers of the galaxy. But as their legacy grows over thousands of years, the Sith ultimately find themselves tested by the most dangerous threat of all: the enemy within.

“Revan” by Drew Karpyshyn weaves a story about how a juggernaut of evil comes bearing down to crush the Republic—unless one lone Jedi, shunned and reviled, can stop it. Revan—hero, traitor, conqueror, villain, savior. A Jedi who left Coruscant to defeat Mandalorians and returned a disciple of the dark side, bent on destroying the Republic. In Drew Karpyshyn’s Revan, the third book in the Star Wars: The Old Republic series, the Jedi Council gave Revan his life back, but the price of redemption was high. His memories have been erased. All that’s left are nightmares—and deep, abiding fear. What exactly happened beyond the Outer Rim? Revan can’t quite remember, yet can’t entirely forget. Somehow he stumbled across a terrible secret that threatens the very existence of the Republic. With no idea what it is, or how to stop it, Revan may very well fail, for he’s never faced a more powerful and diabolic enemy. But only death can stop him from trying.

The best Star Wars books are a window to the history of the film franchise. So take your time out to read these 3 great titles and more.

STAY UP TO DATE

Most Popular Products from Our Store 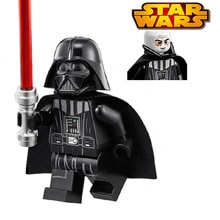 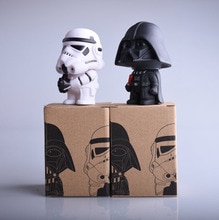 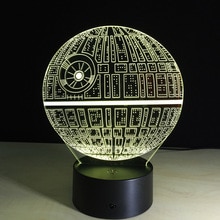